The game is played the same way as golf, except players use a football instead of a golf ball, and the ball is kicked rather than struck with a club, working towards a 21-inch "cup" in place of the usual golf hole. The player who plays the 9 or 18 holes with the fewest shots wins. Footgolf as sport is played on golf courses. It also could be played on other special footgolf built grass courses. The first shot has to be played from the tee box, and to reach the hole, bunkers, trees, water and hills have to be crossed or avoided. This means a powerful shot is useful, but not decisive. Reading the course, a smart approach and accurate putting are even more important.

Sounds cool and sort of a great combo of two classic British sports. Now annoyingly, it was invented in America, but that is not to say you could not become the next (or is it first) world champion in the world.

You don't need a strong kick, just an eye for the ground. 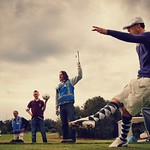 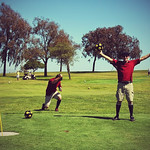 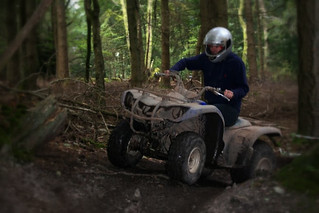