Girls its time to get splattered with paint. Will you pick on the hen or will you play fair. Best to work out the tactics before your games begin. We normally work out the best hiding places!!! Great fun during your hen weekend.
GoBananas Homepage   «
Hen Weekends   «
«   Brighton Hen Day Activities

This paintball site in Brighton is based at the foot of the South Downs in West Sussex on a 50-acre site of woodland and are just a short 10 minute drive from Brighton. To provide a starting point for your activities there is a range of themed games and also large areas of woodland for general flag to flag games. Plane Crash Stockade – Attack and Defend The Bridge The Barricade Field Rocket Launcher Flag to Flag Woodland A ½ day includes 4 to 6 games of your choice All our games are supervised with at least 1 fully trained marshal per team and 2 per team for larger groups.

A plane has dramatically crashed in the woods the object of the game is to secure the plane and to retrieve the lethal payload and then deliver it into your opponent's base.

Teams take turns attacking the stockade and whoever can defend it for the longest wins the game.

This is a centre flag game where teams start at opposite ends of the field in the centre of the field is a ravine with a bridge over it. In the middle of the bridge is the flag. The object of the game is to win the flag and
take it into your opponent's base.

The game starts with each team having a flag secured in their base. The object of the game is to protect your flag and to attack your opponent's base and steal their flag and return it to your base.

We have large areas of natural open woodland for expansive flag to flag gaming.

Your half day includes 4 to 6 games of your choice 100 paintball. All our games are supervised with at least 1 fully trained marshal per team and 2 per team for larger groups. 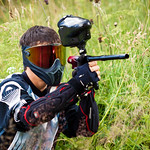 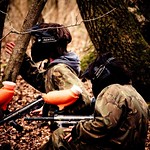 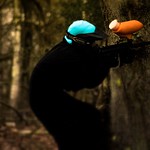 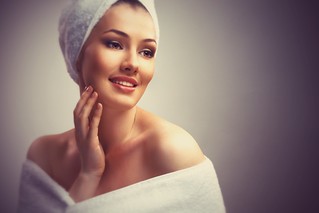