Laser Clays uses deactivated 12 bore shot guns with adapted non-breaking clays meaning you will have the chance to hit a minimum of 60 clays with 120 shots! All of this with no recoil it is a great way to give shooting a try.
GoBananas Homepage   «
Stag Weekends   «
Aviemore   «   Aviemore Stag Day Activities

Laser Clays is an increasingly popular way to try out shooting, because the 12 bore shotguns have been deactivated there is no recoil on the gun and this allows for many more shots to be taken that with the standard clay pigeon shooting activities it really gives you the chance to be come and expert. The great thing about this system is that the clay can register double hits because of it's reflective strip that catches the hit from the laser beam meaning that up to 5 people can shoot at any one time saving the waiting around time that you get with a standard clay pigeon shoot.

A session will last between a and 2 hours dependent on group size, you will shoot a minimum of 60 clays and with shooting twice at each of those clays it means that you will have a minimum of 120 shots! The 12 bore shotguns have been deactivated and adapted to fire an infrared beam. You aim this beam at the, also adapted, non breaking clay which has a reflective strip that receives the hit. Each hit is indicated by an electronic shattering sound and a green light on the barrel and are registered on the electronic scoreboard for all to see which also makes this an even more competitive activity!

What You Need To Know

Laser Clays is a much gentler way to try out shooting that the standard clay pigeon shooting experiences, with no recoil on the gun it makes it much more accessible for groups of mixed ages and abilities. We also really like the fact that there can be more than one person shooting at a time which makes the activity run a a lot smoother rather than having to wait around for each person to have a shot and then of course you get the chance to fire a lot more shots as well with a minimum of 60 clays being released in one session. 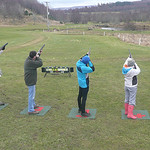 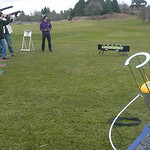 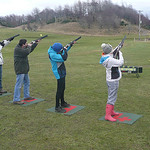 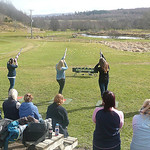 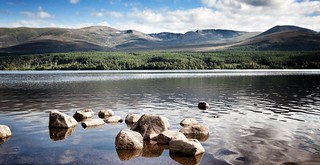